What Irma Revealed About The Future of Google SERPS 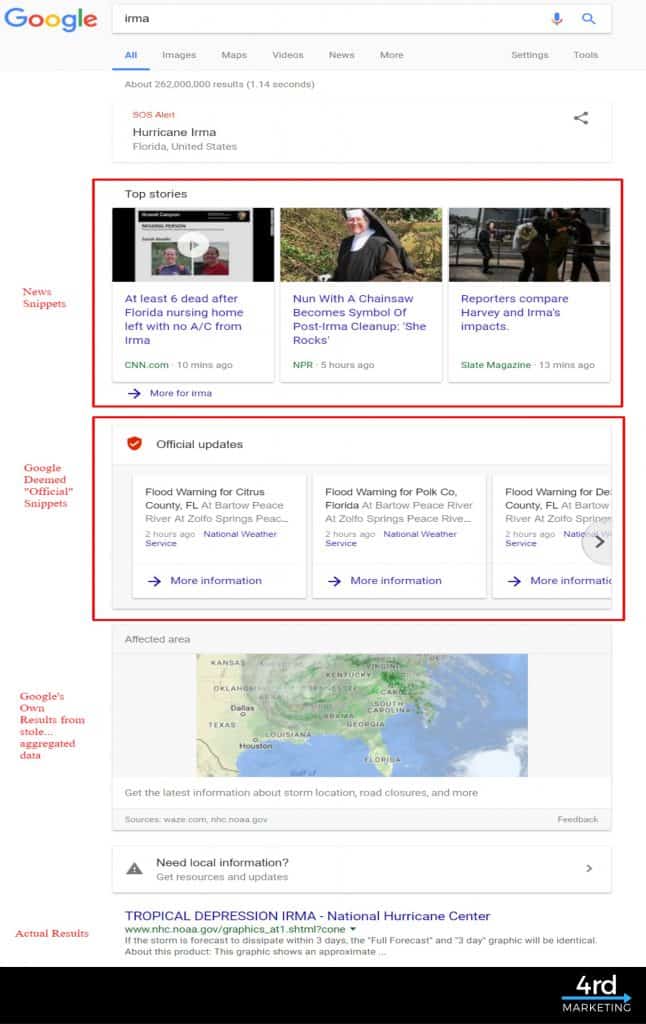 During the latest hurricane there were a lot of lesson to learn.   All of the lessons could be encapsulated into one word “preparedness.”  I covered this a tiny bit on our first episode of the 4rd Marketing Podcast, where we covered how to be “future proof” vs google’s constant shifting SERPS (Search Engine Result Pages) and algorithmic changes.   In light of that episode, there’s some changes that I think Google made for the public good but just might have shown their hand so to speak.   So during and in the aftermath of the storms, here’s What Irma Revealed About The Future of Google SERPS.

What you see immediately is that there are no search results at all.  Instead you’re greeted with (at times) random gifs and/or news stories.

Actually what you get is a page almost completely full of snippets.

The video is the first link and it’s been known for some time that google is well aware of our fascination with gifs.  They’be been experimenting with preview gifs on youtube, so it’s interesting to see it here at the top the results. Yes, gifs are a part of the future of Google SERPS.

While I certainly think this makes the search results a bit more interesting, I don’t need what is the best news agency at gaming snippets.  There’s nothing here about Irma’s path (this search was done while the storm was active).  In addition, when you look at the results, you have to ask is this a balanced view – we are in the age of fake news afterall.   To use the term loosely, a news agency could “hack” the snippets in a way to to influence in the furture of Google SERPs and frankly I’m not OK with that.

What comes next is what google thinks is the official information source on this subject in this case irma.  I actually like this in the case of weather phenomenon.  What concerns me with this snippet is what happens when Google gets it wrong.  Is there a way to manipulate this?  Imagine this kind of result about the next election.  What’s the “official” source for poll information?  What about interest rates?  Could google use the FED as a “official” source and confuse millions?

Finally, the last and likely most enticing image is google’s own page here, showing the location of the storm and offering layers and information.  There’s several things interesting about this, the main one being is that this is GOOGLE’s page – as noted with data from these other agencies.

Again, I’m not saying that Google did a bad job, but imagine these results on a different type of search.  Imagine if google took this approach to real estate as predicted, or travel or mortgages, or elections?  Would you want your information from Google?  Think about your industry, and what would happen if the results were

changed over night to this?   Not convinced? Look at local results?  Notice something?   Of course you see the 4 ads up top (now up from 3) with more features to push the results further down – notice the specials – $300 off sewer lines.   Then below that is the Google Map, followed by the 3 Pack.   If you’ve read up on local seo then you’re ready for this result.

And that’s the point.

Pay attention to these results.

Is what google did in the midst of the hurricanes a good thing, honestly I think so.  Are we approaching a world where google wants to control the results and is getting more and more aggressive about doing so… yes I think we are.

Essentially that is where you give away some information before requiring the user to do something.  For example, have you ever wanted to use those online retirement calculators?  They reel you in with semi-useful information, ask you to fill out a lengthy form (the best have “steps”) and then what’s next … that’s right your email.

Take that same approach to crafting your snippets.  Write outstanding content that would require a user to visit your page for the full answer to their search or question.

So yes, it’s going to take more time, but it might be the only way to future-proof yourself in light of What Irma Revealed About The Future of Google SERPS.

What do you thiink? Let’s continue the conversation. 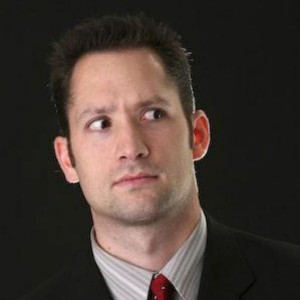 Joshua has started and sold several businesses over 15 years. Recently he left a 15-year career in real estate as a business owner to pursue my dream of writing and helping business owners grow their own dream.

Local SEO Guide – What Matters To Google For Your Small Business

Updated For 202o You might already know how Google works.  Did you know

7 FREE Ways To Audit Your Site Like A Digital Marketing Pro (2 Are EPIC Level!) 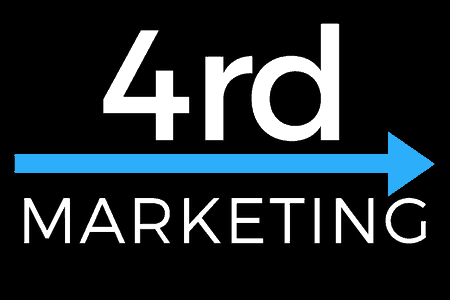 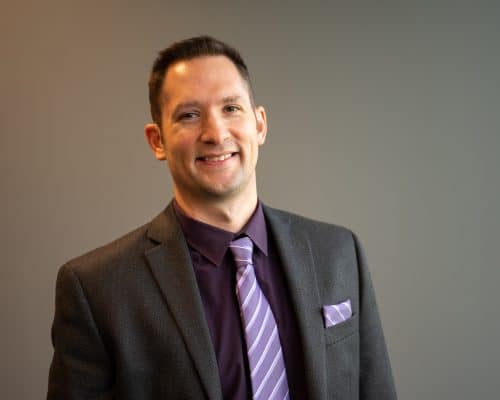 Send me a message and we can get started.